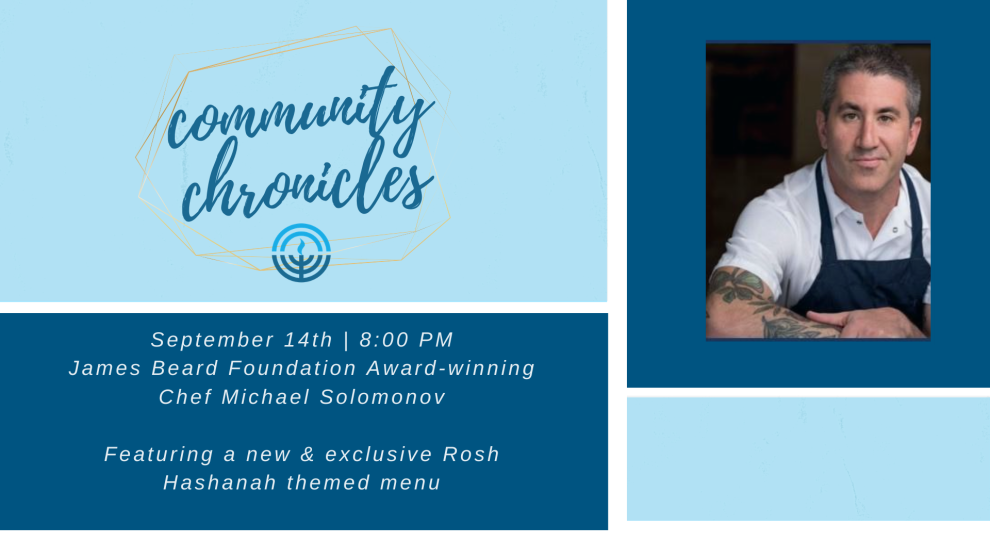 Our second guest is Chef Michael Solomonov. Chef Michael Solomonov was born in G'nei Yehuda, Israel and raised in Pittsburgh. At the age of 18, he returned to Israel. With no Hebrew language skills, he took the only job he could get – working in a bakery – and his culinary career was born. Solomonov is the 2011 James Beard Award winner for "Best Chef, Mid-Atlantic," a 2016 James Beard Award winner for "International Cooking" and "Book of the Year," along with business partner, Steve Cook for Zahav: A World of Israeli Cooking, 2017 James Beard Award winner for "Outstanding Chef", and 2019's James Beard Award winner, alongside Cook and the team behind Zahav, for "Outstanding Restaurant". He is known for his extraordinary skill at transforming simple foods into artful culinary masterpieces and is widely regarded as one of the city's top chefs. In addition to the James Beard Award, Chef Solomonov has been recognized for his many accomplishments by The New York Times, Bon Appetit, Food & Wine, Esquire Magazine, Condé Nast Traveler, and Travel + Leisure. In 2014, he was named Eater's National Chef of the Year.
Series is free to attend and open to all!
Register
Share