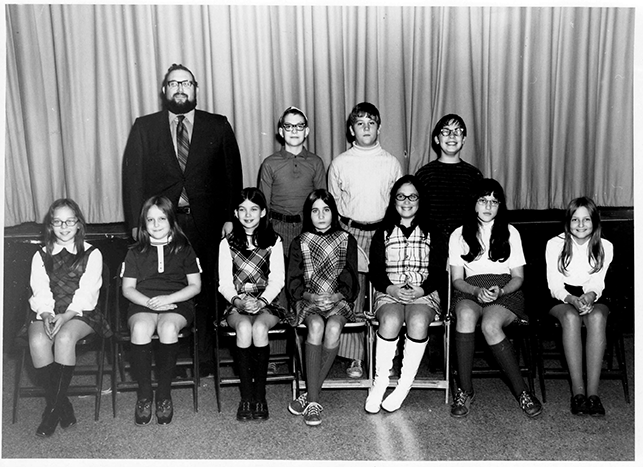 Starting with a picnic on Labor Day, Rudlin Torah Academy is kicking off a year-long celebration of its upcoming 50th anniversary that will feature a ‘60s-themed birthday party in February, a special Chesed dinner and multiple other events.

RTA was founded in 1966 as Richmond Hebrew Day School with a kindergarten and first grade class, then gradually expanded each year. By 1970 there were 26 students in five grades.

In 1970, then-president Milton D. Marder said, “It is rapidly becoming a vital educational force in the city, providing a balanced curriculum of secular and Hebrew studies. The aim of the school is to produce knowledgeable American Jews who are proud of their heritage both as Jews and as American citizens.”

Today, in its new quarters at 3809 Patterson Ave., the school has 98 students in K-8, routinely tests above the 90th percentile on standardized tests, and sends its graduates to the region’s best specialty high schools every year. RTA graduates have gone on to earn degrees at Princeton University, Harvard University, Columbia University, the University of Virginia, Brandeis University, and Stern College, to name a few. Several also have served in the Israeli Defense Forces.

“Our 50th anniversary is a significant milestone,” said Dr. Robert Weisberger, current president of the RTA Board of Directors. “RTA has been a constant in the education of the Richmond Jewish community for generations. Many of our parents and board members were students here and are sending their children here, and soon we will have grandchildren of RTA students as well.”

The line-up of events for the 50th anniversary include: the Back to School/50th Anniversary Kick-off on Sept. 7 at Deep Run Park, which will be bigger than the school’s usual fall picnic; a reunion of younger alumni, tentatively scheduled for Thanksgiving weekend; a birthday party in February that will honor the school’s founding with a 1960s theme; an event in March that will feature a speaker on a Judaic theme; and the annual Chesed dinner in June that will recognize all past Chesed honorees and school presidents.

To coincide with the 50th anniversary, the school also is launching a fund drive. “We need to strengthen our endowment, and the anniversary celebration is a great opportunity to do that” Weisberger said.

He pointed out RTA holds a unique position in the Richmond Jewish community and has always been known for its welcoming, “we’re all family” atmosphere.
“RTA grads have a special devotion to their classmates, to the local Jewish community and to their own Judaism,” Weisberger said. “They also get a great secular education that gives them a head start on their academic careers. We’re delighted to have this opportunity to celebrate everything RTA has meant and continues to mean to our community.”

RTA wants to include in the celebration as many of its alumni and former staff as possible. If you have not already been contacted, please email the school at mrshardy@rudlin.com.

For more information about RTA – Richmond’s only Hebrew Day School – please call the school office at (804) 353-1110, or visit www.rudlin.com.