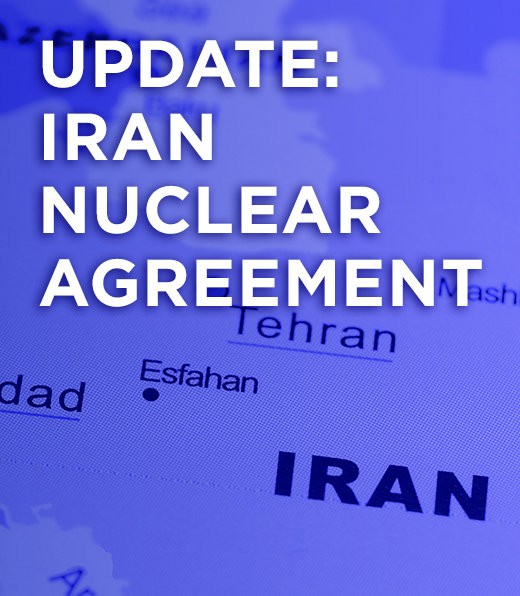 The Jewish Community Federation of Richmond (JCFR) and its Jewish Community Relations Committee (JCRC) notes with gravity the announcement, made today, by President Barak Obama, regarding the accord reached between the United States, Russia, China, United Kingdom, France and Germany (P5+1) and Iran.

It has been the position of the JCFR and the JCRC that a good accord will prevent Iran from acquiring or developing nuclear weapons and will significantly reduce, if not eliminate, the risk of a nuclear arms race in the Middle East.

Our community has long tracked the progress of these negotiations. Hanging in the balance is not only the safety and welfare of the State of Israel but indeed that of the United States and the world.

Iran’s brutal, dictatorial leadership is oppressive of its own people. It prolifically spreads hatred, aggressively funds global terror, disseminates weapons to terrorists throughout the Middle East and beyond and is intensely vitriolic in its insistence that Israel should be destroyed. Those factors, coupled with its record of violating UN resolutions and agreements, frame and inform our expectations in all dealings with the Iranian regime.

Still, our community places a premium on peace and the avoidance of unnecessary conflict. As recently as last week, our Honorary Vice President (and past President) Mark Sisisky clarified in the Richmond Times-Dispatch what a good deal would include. While we did not believe an accord needed to be made at all costs, we hope that upon examination this accord will qualify as a good deal.

We will review the text of the accord (which is 159 pages long) and provide meaningful commentary as appropriate.