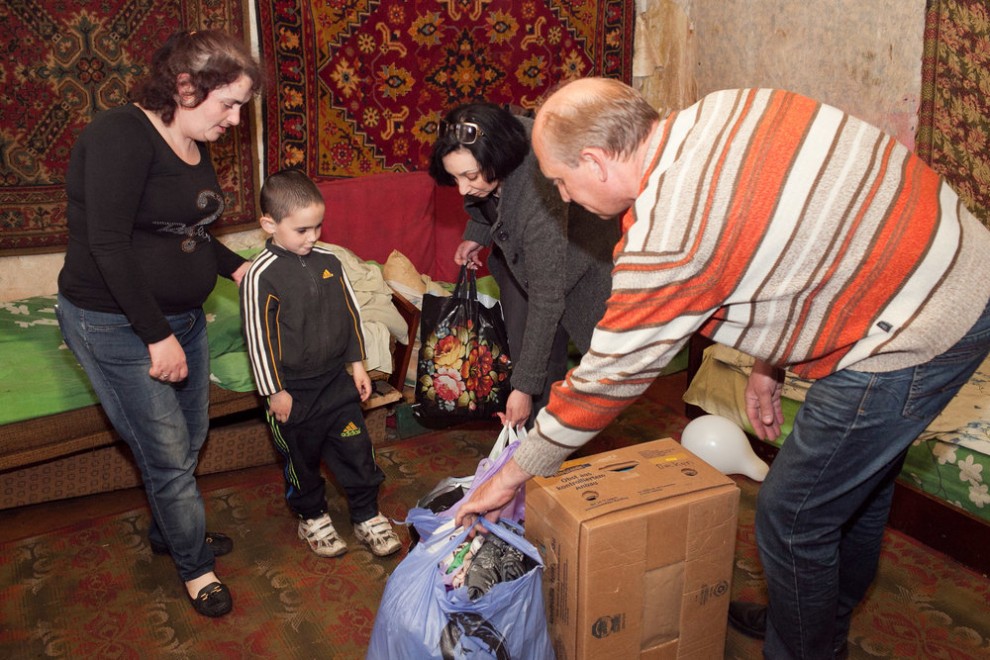 Today we got a crash course in the Crisis in Ukraine, and the role that JDC plays in trying to alleviate the suffering of those who have been displaced by the violence, and those that have been trapped in the separatist strongholds of Luhansk and Donetsk. We learned that tens of thousands of Jews receive support and services from JDC, in particular shut-ins, the aged, and those in need of special services.

We broke into four groups to visit displaced families who had to leave the war-torn areas with little more than they could carry, and with little or no prospect of finding work as refugees. I met a family of four, with a special needs, adult son who had been placed in one bedroom, 200 square foot, soviet-era apartment, walking up the unlighted, bare concrete stairway to reach their fifth floor flat.

Other participants in the mission met with families who were on JDC's rolls prior to the outbreak of the conflict, providing a single mother, her six-year-old daughter, and the girl's grandmother, a cramped apartment. Also, the young girl, Anna, begins kindergarten in the fall, so the JDC outfitted the apartment with a desk to provide Anna with her own space for her schoolwork. A simple desk was the fulfillment of Anna's grandmother's dream for her granddaughter.

The other shoe fell after lunch, however, when we learned of the toll that corruption and violence has taken on the Jewish community trapped in the self-declared republics of Luhansk and Donetsk. The spirit and infrastructure of both regions are equally broken, with the failure of essential services such as water and electricity compounding the misery of watching the cities getting reduced to ruins by the fighting, while food and medication are in short supply.

JDC volunteers make every effort to find ways to get supplies to Jewish families in need in these closed areas.