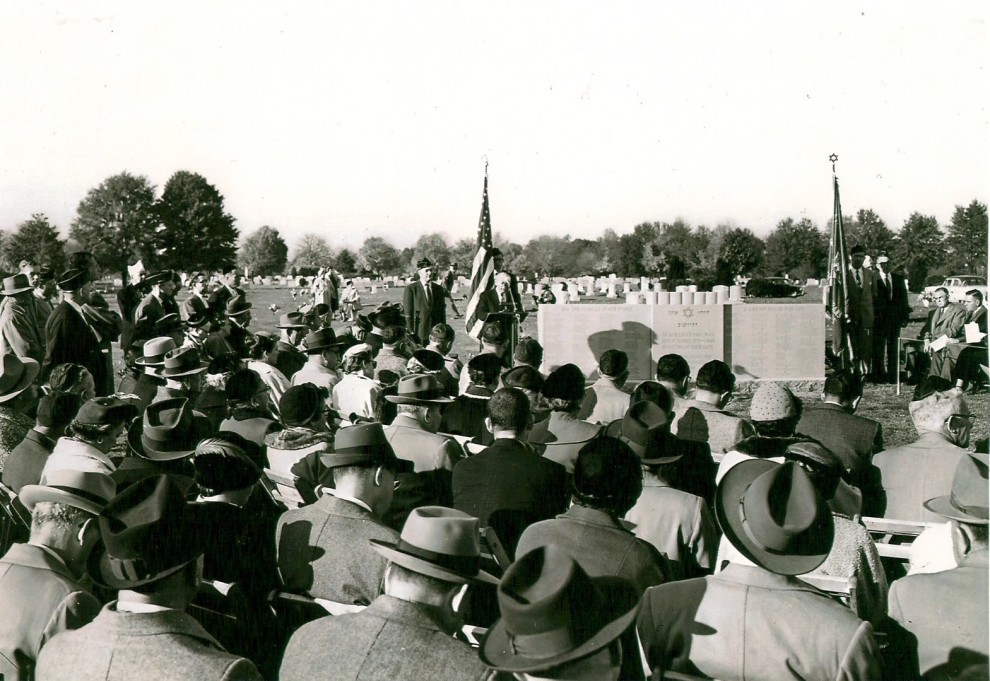 Join us on Sunday, Nov. 8, at 2 p.m., as the community celebrates the 60th anniversary of Kristallnacht commemorations held at Emek Sholom Holocaust Memorial Cemetery.

Dr. W. Waitman Beorn, executive director of the Virginia Holocaust Museum, will discuss the theme, “It happened Then; Is It Happening Again?  Is Jew Hating Becoming Acceptable Again?”

Also during the program, the student winner of the “Never Again” scholarship essay contest will address the topic and offer suggestions for counteracting anti-Semitism. (see entry form on website).

Sixty years ago on Nov. 6, 1955, the New American Jewish Club, a very small group of Jewish immigrants; all survivors of the Holocaust; gathered at Emek Sholom Cemetery to honor their loved ones who perished during the atrocities of the Holocaust. On that day they unveiled two panels revealing 200 names of family members who perished. The group had gathered their meager resources, donating as much as possible, to keep the memory of their loved ones alive.

By 1999, the Richmond Jewish community had grown, and new members decided they wanted their loved ones who perished during the Holocaust remembered as well. They contributed the funds to add two panels, with 260 more names, to either side of the memorial.

Throughout the years, Emek Sholom has always been a place of solace and memory for so many families searching for comfort, and has served as a vital part of Richmond Jewish history.

As Emek Sholom Cemetery celebrates its 60th year and has grown in the past along with the Jewish community, it continues to grow. This year, the Board of Directors purchased 128 new gravesites so any Jew who chooses this historic spot as a final resting place may do so.