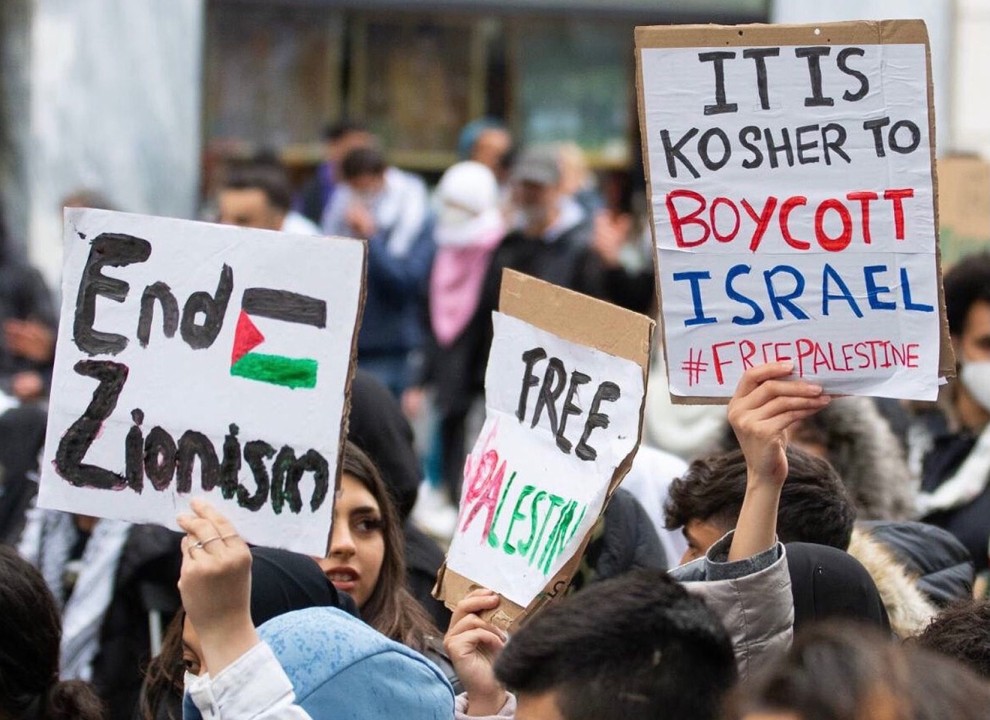 Over the past few months, the Jewish community has truly struggled to process a rise in anger and hatred directed at Jews - both communally and personally.  Sadly, it is customary for hostilities between the IDF and Hamas to heighten this vitriol.  And while I do wish there were that one article or social media post that could help us make sense of it all or give us some guidance – those are hard to find.  Of course, it would be nice if Rambam could join us today to craft a “Guide for the Perplexed” on the Israeli-Palestinian conflict and the Antisemitism it generates.  But that too is unlikely to come any time soon.

In today’s climate especially, I have seen colleagues who routinely agree, argue intently on how to discuss this topic.  Friends who are on the frontlines of working with our non-Jewish allies every day on issues like poverty, racial justice, and civil rights – in the summer of 2021 – are labeled as racists or supporters of genocide – because they will not condemn Israel with the broad brush that is all the rage.  In one article after another, and in one social media post after another, we see a framing that leaves Jews who feel strong connections to Israel left with little room to maneuver.

Israel is wrong.  Period.  On all things and in all ways.

Palestinians.  Hamas.   Are in the right.  On all things.  In all ways.

Responding to those rockets.  Genocide.

Genocide, apartheid, human rights – these are all serious issues.  And they should be discussed with the precision they deserve.  It is easy to understand why they are not.  Why use accurate terms when there are more incendiary ones that catch people’s attention?  Why force yourself to really get to know the situation on the ground or study what Apartheid really was?  And why would you force yourself to get to know Israeli’s or the soldiers at checkpoints who you so easily want to demonize as evil perpetrators of Genocide?

When you make these claims and assumptions and when you attack people who simply look Jewish because of these assumptions - you are engaging in not just the demonization of Israel and Israelis – but of Jewish people worldwide.   And as hard as it is to say, the most troubling assumption in this conversation - in the summer of 2021 - is that Israel is a white settler/colonizing nation.  It is this claim that has driven a wedge between the Black and Jewish communities.  It is this concept that allows the recent cries for racial justice in the United States to be re-directed toward Israel and the Jewish communities who love her.

We must be honest with those who make this claim.  We need to say that when anything you love is mischaracterized or attacked – how can you not feel hurt?  Does it matter that less than 30% of the Jewish population in Israel is of European descent?  Does it matter that the constant Jewish presence in the region clearly establishes us as a disenfranchised indigenous group from long ago?  Apparently not.

Two things are clear to me in the battle over restoring sanity to this conversation.  First, we simply cannot turn away from our allies.  We cannot assume bad intent and must accept our own responsibility to foster the relationships that will allow us to shed more light on this enduring dilemma.  Second, history lessons simply will not turn any hearts and minds.  To the extent that many believe that “facts” will convince people of our moral and just position, study after study has shown that “facts” simply do not have the desired impact.  That does not mean that we do not hold the line on a narrative we know to be true and use that narrative strategically when appropriate.  The public square must be full or our story as well.  But where this truly matters is in the smaller conversations we must have with people as part of an ongoing relationship.  This is where stories, analogies, and history can make a difference.

I often tell a story about one of my closest Palestinian colleagues who had lost a cousin in a clash between Hamas and the IDF.  I wanted to reach out but did not know how it would be received.  Eventually, I picked up the phone.  I expressed my deepest condolences and then opened-up about not knowing whether he would want to hear from me.  His immediate response, without hesitation, was to say, “Why would you think I would not want to talk to you?”  He went on to say, “Did you do this?  Were you responsible?  No. Of course not.  Not only are you and I friends who are trying to end this cycle of insanity, but you and I know better than most that this not any one person’s fault or the fault of any one side.  I know very well that despite our work, our peoples are both trapped by extremists on both sides that will just not allow our two sides to come together.  Will we ever be able to?  I am not sure.  But together, you and I hope that our work will make a difference.  But we are not there yet - and we know this.”

As part of a presentation we would give regularly, my colleague would express the situation this way.  “I would love for there to be no checkpoints, but I know that is not possible.  As long as there are Palestinians who think Israel should disappear and who will try to send terrorists through those checkpoints, there will be checkpoints.  I say to my community, Israel is not going anywhere.  Like it or not they are here to stay.  Just like we are here to stay.  And they must come to grips with that.  But until my leaders stop promoting an idea that Israel can be wiped away – the people will keep dreaming of that day.  What I try to do is work with more members of my community and say – you want a state – start talking about your state – and stop talking about the problems with someone else’s.”

The beginning of any approach with our local allies, if we have any hope of stopping the constant cycle of blame, demonization, and Antisemitism that comes with it, must start with stories like this.  We are not going to totally convince people to shed their views and we are not going to solve the entire Middle East conflict with our excellent debating points.  But we may just show, for example, how framing check points as a violation of Human Rights is in fact a demonization of people who are themselves caught in a decades old Catch 22.  We must have conversations in our community – outside of the Jewish community - about the origins of Israel and our connections to it – and our commitment to a future where two peoples with two claims to a land can live in peace and security – with the two states they each deserve - no matter how challenging that future seems to be in the summer of 2021.