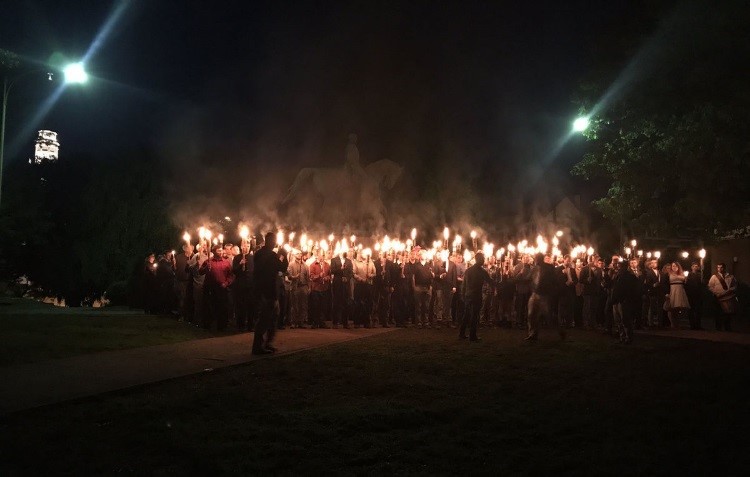 On May 13, a group of white nationalists carrying torches rallied in front of the statue of Confederate Gen. Robert E. Lee in a Charlottesville park. In a Ku Klux Klan-esque rally, the demonstrators made their displeasure known with that city’s decision to remove that statute.

Charlottesville Mayor, Mike Signer spoke out against the rally and attended a candle-light vigil the following night. He was almost immediately assaulted on Twitter. He told Reuters, “You're seeing anti-Semitism in these crazy tweets I'm getting and you're seeing a display of torches at night, which is reminiscent of the KKK … They're sort of a last gasp of the bigotry that this country has systematically overcome."

The tweets accosting Signer, a Jew, were explicitly anti-Semitic. Less known, but equally anti-Semitic and racist were the chants of the torch-bearers, “Blood and Soil.” The Nazi photograph from 1937, pictured, shows just how prominent the phrase Blut und Boden was during the rise of the Third Reich.

The Anti-Defamation League writes, “It is common for white supremacists in the United States and elsewhere to 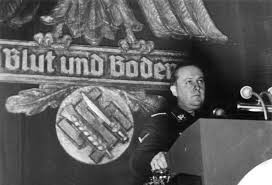 use German words or phrases... This is most common among neo-Nazis and racist skinheads, but can be seen to some degree across all white supremacist movements. Some of the terms derive from the Third Reich, while others are more modern in origin. Common examples include phrases such as Weiss Macht …  (White Power) … Blut und Ehre (Blood and Honor) … and Blut und Boden (Blood and Soil).”

The simple reality is this, scores of people with torches rallied in KKK fashion less than an hour from here, led by Alt-Right leader, Richard Spencer. Self-positioned as the head of that far-right ideology, Spencer has repeatedly brought in anti-Semites to speak at his events.

The Jewish Community Relations Committee is appalled and repulsed by the tone of this rally. We condemn all actions, including this rally, that seek to instill fear and bigotry. We remain committed to educating our community and eradicating all forms of racism and anti-Semitism.