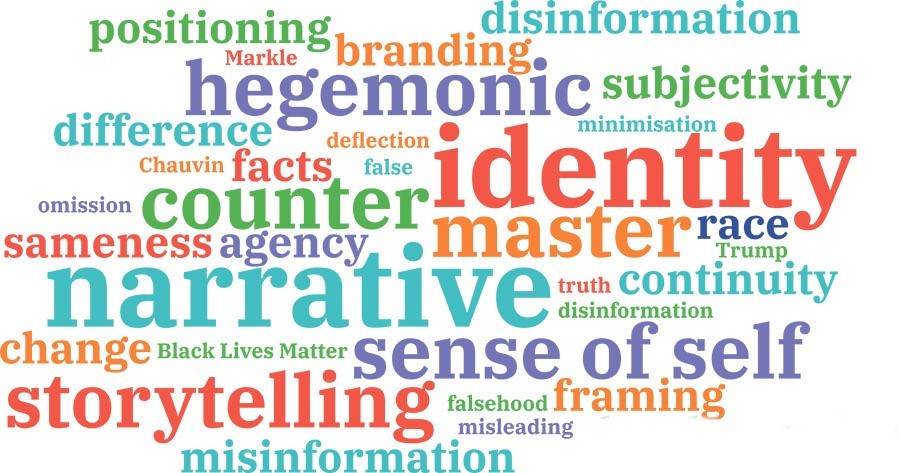 (Published in the March 2022 Issue of “The Reflector”)
Written by David Cohen, Director of Jewish Community Relations

The recent controversy over Whoopi Goldberg’s comments regarding Jews and race – along with the Jewish communal reaction – is as much about the way many in the black community think about Jews as it is about our own communities’ inner conflicts and disputes.  In fact, we often expect non-Jews to have certain understandings about Jews, antisemitism, and Israel - even while our own community has the same misunderstandings.  The issue is both that we have no clear and concise message about who and what we are but also that we don’t go to our neighbors often enough with any message at all.  The goal of Jewish community outreach is at the heart of these two imperatives – having internal conversations about what Jewish identity means to us and sharing with external communities all the different stories that make up who and what we are.

The work we have in front of us as a Jewish community is not show each other or prove to each other how much we love Judaism or Israel.  Our work is to talk to Jews and non-Jews alike - about how and why we feel the way we do about Judaism and Israel.  What is true about education is also true about relationships.  If you hide the fullness of who and what you are – your student or your friend will ultimately feel betrayed.  Creating a personal connection that encompasses all of who we are is the only way we will be able to change hearts and minds and create an actual dialogue both inside and outside of the Jewish community.

Identity and Race in the Jewish Context:

In a recent conversation with friend who is also a Jew of color - my friend spoke about identity, religion and how Judaism is a part of their identity.  However, when they spoke of race, they said that was where the color of their skin came into play.  For her, race was one thing and religion was another.  This is actually quite common - and is exactly what was behind Whoopi Goldbegr’s comments, rather than any ill intent or antisemitism.

When I responded to my friend with phrases like “the Hebrew people”, “the people of Jacob” or “the people of Israel” – and when I used the term “peoplehood” – it set of a lightbulb and opened up the conversation.  This is likely what happened to Whoopi Goldberg when she spoke with Jewish leaders about her misstatement.

We do have to be careful how we respond when these misunderstanding occur because we often fail to admit there is a similar debate within our own community.  Even we do not have universal agreement on whether Judaism is about a faith, a philosophy, or a people – or all of the above.  We also have to admit that the term we have accepted to described ourselves – originally given to us by others (the Jude, the Jew, turned into Jewish and Judaism) also complicates this.  If what we call ourselves sounds more like a religion than a people – how would people know otherwise?

Simply put, there is no other way to describe Jews than as a people who have a particular faith tradition.  I often ask people to look at a place like Italy as an example.  People who live there have a nationality.  Everyone understands this.  They are also predominantly Catholic, and do not apologize for that.  Everyone gets that.  And if they live elsewhere, they are known as Italian in heritage, mostly Caucasian in “race”, and predominantly Catholic in their faith.  And if they move other places, they take the simple identity chart with them and adopt the nationality of the place they moved as well.  Jews have never had it so easy.

This analogy is something many people can understand.  And this brings us back to the larger point.  Are we doing a good enough job reaching out to minority communities about who and what we are?  Let me be clear, I am not asking if we are talking to people about the issues we want them to support.  I am asking if we are speaking to our neighbors about all that is messy and complicated about the Jewish people, Israel, and our communities in the diaspora.  Think about the current state of affairs and the nature of our communal dialogue around Israel.  If we don’t even fully understand our own relationship to Israel – as a community – how can we expect external communities to understand it.  The only solution is to share the complexity.  Share what everyone thinks about Israel.  But still be clear about how you, the person who they are speaking with, feels honestly and authentically.

For example, I often use a story about Israel from my master’s thesis where I argued with one of my mentor’s positions.  She posited that one should never try to teach love about something – and she was mainly refereeing to the way some try to teach a love for Israel.  To this day I still disagree with that postulate.  Teachers instill a love for whatever they teach by showing passion, commitment and by modeling a love for inquiry and modeling a love for the complex over the simple. I personally love everything about Israel.  That means I love her challenges I love her accomplishments and I love what she could become.  I also believe if you can try to instill a love for a way of life – Judaism – then you can try and instill a love for our origin story.  Torah is not perfect, and yet, we can teach a way to love and embrace its teachings.  And in that same way Israel is so much more than the current state.  It is the history that created the Jewish people, the stories, the legacy - and yes - the modern state of Israel.

And just as American citizens read daily about the corruption, racism, inequity, and abuses of our own society and government – we still believe in the American project in the same way Jews and Israelis believe in the imperfect establishment of the state of Israel.

So as many of you know, this will be my last reflector article.  In late March I will be taking a moving back to my hometown of Boston to take on a role as Director of Community Affairs for the JCRC of Greater Boston.  I have enjoyed working with so many of you during my time here and the work I will continue to do – and the message I will leave in this final article – is to advocate on behalf of a passionate support for our community and for Israel – and doing that by sharing our stories with our community partners often and with complete honesty.  It will be the one thing that will spread more understanding, reduce antisemitism, and create the support and empathy we are looking for when we speak of our communal concerns and connections – and our love for Israel.