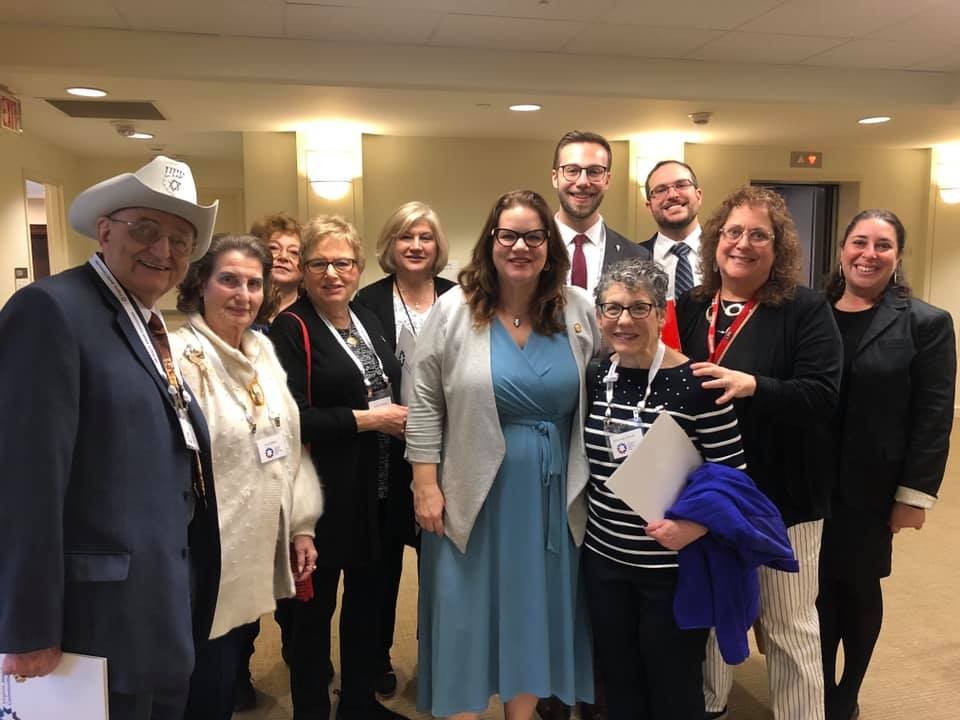 by David Cohen, DIrector of Jewish Community Relations
Published in the November edition of "The Reflector"

One enduring aspect of our Jewish community reality in 2021 is a perceived sense of conflict and tension.  It is often these concepts we focus on rather than commonalities and the wonders of Jewish life around the globe.  Even the wonder that is the modern state of Israel is often overshadowed by the conflict in our community over how we should discuss Israel or connect with her.

This month, I will ask – why is that?

Jews all over the world are connecting to Jewish identity in new and amazing ways.  During COVID, our religious and communal leaders adapted to keep Jewish life vibrant and relevant.  We may not have seen something this significant in Jewish religious history since the evolution of Rabbinic Judaism helped redefine Judaism in a post Temple world.  And yet, it often seems as if our focus has been on disagreement and conflict rather than this bold and underappreciated reality.  Clergy were attacked, and then defended.  Masks and virtual observance were attacked – and defended.  And the whole time – these conflicts maintained secular political under and over tones.

The latest revelations over records at Facebook that show their financial and existential interest in fostering difference, conflict and extremes shed a light on our current social climate that should surprise no one.  Starting with social media – but then really extending to all media – we all should have seen this developing in our lives.  I think we can also agree that in the Jewish community – with our extensive network of agencies, institutions, media, commentators, and literature – we have been hit harder than most with this evolution of publicly traded tension.

Of course, this is not a totally new concept.  For over a hundred years we have been dealing with media that sensationalizes and coins phrases like “if it bleeds, it leads.”

But in 2021, when many educators and Jewish communal leaders aim to build consensus and an appreciation for what we have in common and what we have accomplished – forces beyond our control have been extremely successful at pulling us apart.

But do we have some agency here to take our communal sensibilities back?

Here are some examples to think about.  In recent days, we have heard that a single legislator – Joe Manchin of West Virginia - was largely if not solely responsible for climate innovation being stripped from a reconciliation bill.  Is it ok for a Jewish individual to believe that this legislator is a larger threat – as they see the world – than the small number of legislators who often oppose Israel in congress and engage in Antisemitic tropes?  And if that is ok, is it also ok for others to believe the greater threat to Jewish life in Israel and around the world is the positions and rhetoric of those same legislators and those who inform them?

The larger question may be why do those dilemmas need to be either-or propositions?  Also, when did it become ok to aim so much animosity and vitriol toward each other for not seeing the answer as we do?  Is that our Talmudic tradition?  Is that the model of Hillel and Shamai?  Is that the way we want our community to move forward into a future that sees the Jewish community appear increasingly fractured and unsure of itself?

Put another way, is this really us?  Are we falling victim to the larger social forces around us and are we incapable of seeing that our collective successes may be greater than the perspectives that pull us apart?

For example, one could argue that there has never been greater support for Israel and the Jewish community in Congress and in state legislators than ever before.  In Virginia, we can look at two candidates for Governor who either have a history of strong support for Israel or who have made commitments to support the Jewish community and Israel should they get elected.  In other times this would be inconceivable.  But in our current climate, the spaces in between the two are what we are focusing on.  Is that coming from our best selves, or does it come from over twenty years of a political culture that accentuates the differences to stand out and hold peoples’ attention?

My last question is not is this who we want to be.  My last question is this.  Is this who Judaism calls us to be?  There is something vital and important about holding certain lines, holding people accountable for their actions, and for staying vigilant against a rising tide of Antisemitism.  Is there an important way we can be both protectors of our community and connectors for our community?  Is there a way we can amplify the voices of the center and have a self-awareness that the voices on the extremes are not the best representations of who we are as a community?  I think the answer to all those questions is yes.  But it will take a strong communal will to help us marginalize the loud but smaller extremes and embrace the larger, and more representative center.