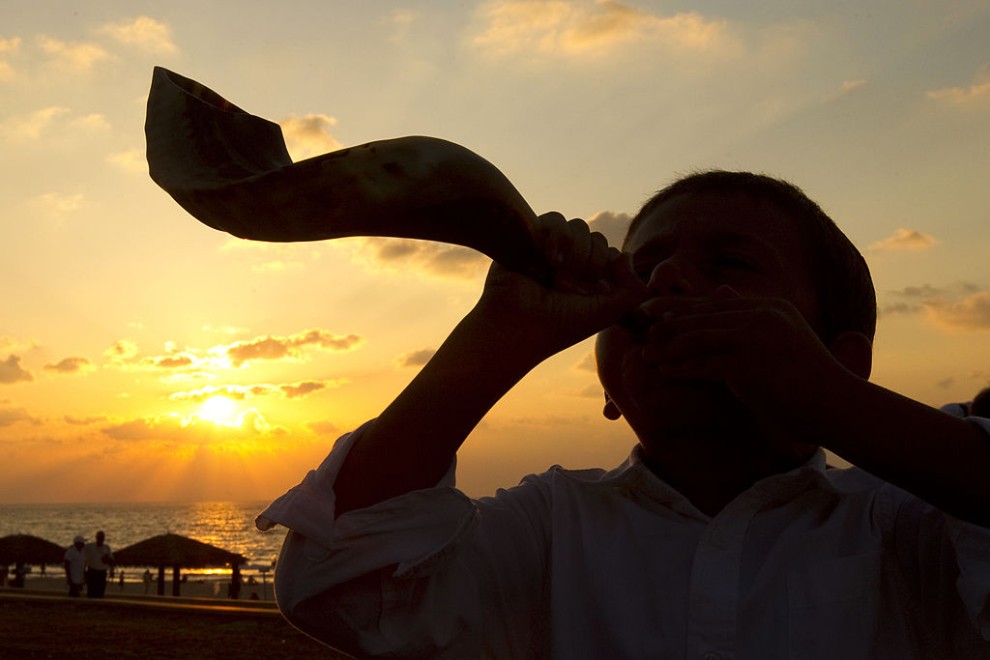 by David Cohen, DIrector of Jewish Community Relations
Published in the September Edition of "The Reflector"

T’Shuvah is a major theme of the coming High Holidays.  Jewish tradition asks us to take stock of our actions over the past year so we can turn from bad inclinations and toward good ones.  Before we get to that turn however, there is another idea that does seem to have an important role – and that is saying “Sorry” for actions we wish to take back.  In schools, we ask students to apologize for all the things they have done wrong.  But for adults, we talk more about repentance – which is a more sophisticated word that often enables us to avoid the “sorry” part.  And in the age of the internet, of anonymous posts, and the polarization that has taken hold of our public discourse, if you don’t think you have done wrong to someone – how can you remedy that behavior going forward?

If I were to give this topic a heading it would be Civility.

We can easily look back on the year that has past and sense a lack of empathy and sympathy toward one another.  On the one hand – we want to stand strong for the causes we care about.  Of course we should argue, debate, and discuss when we want to persuade others to our point of view.  But does the fact that someone would propose a “civil” discourse mean that they care less about the issue?  The reason that many would want to keep a discourse civil is because it honors another value which stands alongside winning an argument – and that is community.  Shalom Bayit some might say.  If our debate is respectful and if our tone is dispassionate - and not defaming – wouldn’t our community stay more united?  Can we disagree with an idea without disparaging the person who holds it?  Wouldn’t that also bind us closer together?  It is easy to get angry when you think someone else is wrong to the point of harming you or your community – and it is even easier to be angry behind your computer keyboard.  But when we do that, we forget a central premise of dialogue – that each of our perspectives has merit.  Beyond hate speech and pure bigotry - there is generally positive intent behind all of our beliefs.  If we cannot be civil as we exchange ideas or express frustrations – we will never learn what the other person is bringing to the table.  More importantly, we will never see the humanity in that person – and that is at the root of so much of our incivility, bias, and prejudice in the first place.

Much that is hope for our community stems from this simple premise of seeing the humanity in others.

As the past year has shown us, our engagement with public officials, non-Jewish communal leaders, and the media is essential to sustaining and protecting the interests of the Richmond Jewish Community.  Often, these interests intersect with those of our community partners.  Yes, we have to be vigilant when our neighbors – unwittingly or knowingly – engage in Antisemitic or Anti-Israel rhetoric or speech.  In those cases the only thing we can do is be “in” relationship with them and express how and why certain actions or language has crossed a line.  What we know is that this conversation always goes over much better with a pre-existing relationship.

In the year ahead, we will again hear phrases like “It’s all about the Benjamins” or a comparison that likens Holocaust victims to someone in today’s America who feels they are having their rights imposed upon.  Neither one of those are to be defended or explained away.  Both will be condemned when they come from the words of our local leaders and we would hope that neither are taken as an example of their political parties’ belief.  No political party in America is about hate.  But some politicians are – regardless of their political party.

It has been a hallmark of Jewish communal success that when both parties are actively engaged with the Jewish community over issues of Antisemitism and the US/Israel relationship – we are all the better for it.  Over the past year, we have seen attacks on both parties for their lack of support.  Yet, it is easy for people to forget that your neighbor is a Democrat, Republican, Independent, or has some other party affiliation.  If you disparage the whole philosophical underpinning of any party – what are you saying about that person?  Do you think they are stupid?  Do you think they mean the country or Jews harm?  We used to be able to talk about politics and understand – for better or for worse – that our political parties were not that far apart.  Somehow that all has changed.  For one party to stand out – it must be very different or a whole world better than the other party.  Members of both parties engage in these tactics, but many do not.  Most importantly, whatever politicians or pundits say or do – we do not have to follow.  We can still choose to focus on civility.  On mutual respect.  On learning from one another – even from perspectives we disagree with.

For adults and for children – one lesson is constant.   We all have a choice.  That is what T’shuvah is all about.  It is for us to choose the path we want for the year ahead.  How do we find that balance where we can get along with our neighbors and still stand up for the values we believe in?  While you won’t find the answers in this column, you will find a suggestion.  Once we acknowledge that all of these things are important – and then choose to find the balance between them all – than just maybe we can find the path that leads us to communal harmony and communal strength.