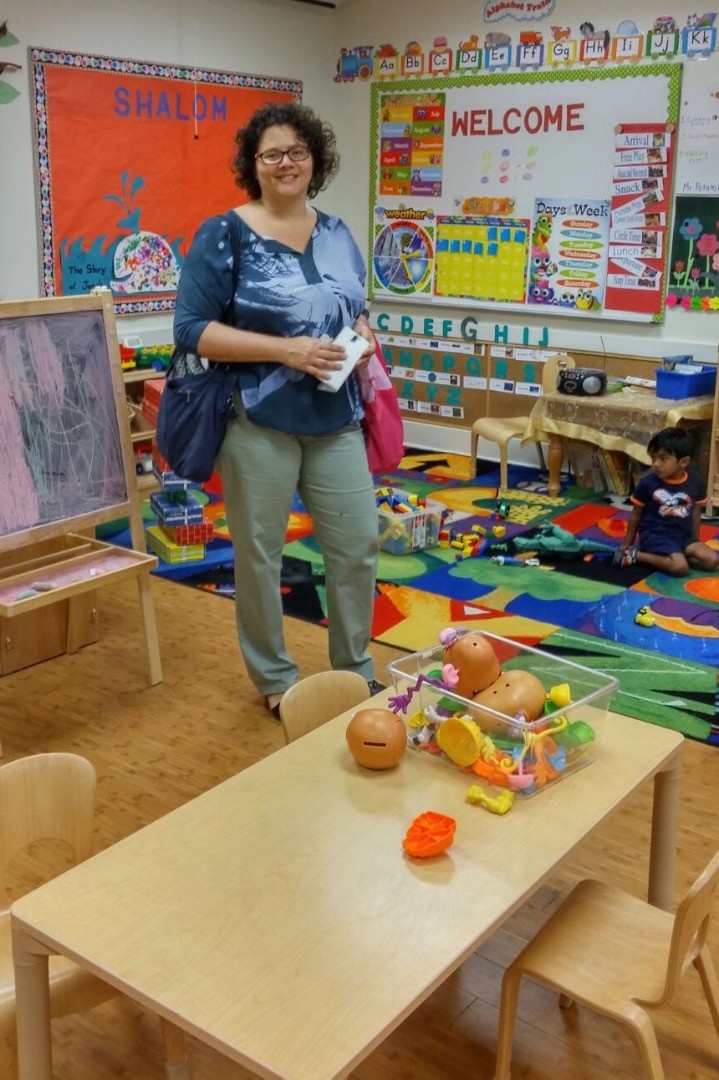 I’m optimistic … and can’t live any other way.

Over the past few weeks, we have read report after report on the escalation of violence in Israel. The unpredictable nature of the current situation has forced every Israeli to worry about their personal security and that of their friends, families and neighbors.

In one of these horrific incidents, four Israelis, including two soldiers, were attacked on Sunday evening, Oct. 11, near Gan Shmuel, next to Hadera-Eiron – our Partnership2Gether city in Israel. Press reports stated the 20-year-old terrorist from Umm al-Fahm used his car to run over the two soldiers waiting at the bus stop. He then got out and stabbed the 19-year-old female soldier, critically wounding her, as well as a 15-year-old and a 45-year-old. The second soldier, 20, was also wounded. The mother of the 15-year-old was celebrating her birthday on Sunday and was on her way to an extracurricular class.

The site of the attack was a large shopping center near the kibbutz of Gan Shmuel. The location draws thousands of shoppers every evening. It is located on Highway 65, on which Arab towns in Wadi Ara are located.

Maya Shoham, a resident of Hadera, and our Hadera-Eiron P2G  programs and delegations coordinator was in Richmond recently and sat down with Skip Kozakewicz, Reflector editor, to talk about the incident and the current situation in Israel. Here is the interview.

“Life will get better, I am sure. For love of God, it always does,”  Maya Shoham.

For Maya Shoham, the mother of 5, several weeks in October were particularly stressful and terrifying at times.  On Sunday, Oct. 11, while in the U.S. for 10 days visiting her P2G cities in the Southeast Consortium, the programs and delegations staff member received a breaking news alert on her Smartphone. There had been several stabbings near her home.  She immediately called her husband, Oren.

She learned her oldest boy, 17, and a younger son, were out of the house. Her older son was running and did not have his cellphone, and the other was at a friend’s house. “They are usually out of the house in the middle of the afternoon.”

She continued, “Oren wanted to stay home and  lock the doors to protect our three young children, but on the other hand he was stressed out about where were our boys and how he could bring them safely home.”

Shoham noted, “The second something like this happens, it’s not breaking news. It’s not something you see on TV. It’s reality. It’s actually happening next to your house.”

Fortunately, she learned within an hour everyone was safe in her family. “You can’t imagine an hour waiting to hear what is happened.” She compared it to 9/11 when loved ones were anxiously trying to learn about their family members in New York City and the Twin Towers.

She said, “Imagine if my husband had gone shopping to the grocery store with our two-year-old baby and something like that happened. An Arab pulls out a knife and stabs people. We don’t have soldiers in the streets. We are not near the borders. This is my hometown. It’s so stressful and terrifying.”

Shoham said, “This is a daily routine these days. At the same time, I’m still optimistic and can’t live any other way. We teach our kids especially in times like this on one hand to maintain their routine and keep their sanity and on the other hand to stay alert. Think twice about where you’re are going.”

She added, “This is our home. We have an historic right to Israel. We have to maintain our life here. We don’t have it any other way.”

As she was talking about her daily life under these conditions she reflected on her older son getting ready to go into the IDF.

“There is not any sane mother in the world  who likes to send her kid to the army. I don’t enjoy it. I hate it. I am afraid and anxious. We have no choice. This is our life.”

She repeated a well-known remark by Golda Meir. ‘Peace will come when Arabs  will love their children more than they hate us.’

She said its absurd for a 13-year-old Arab-Israeli teen to wake up in the morning, brush his teeth, drink hot chocolate and then go out with his cousins and have fun stabbing people.

“Why do they put their energy into this hateful act. Why don’t you build yourself and your community.”

She next talked about the complex geo- political  situation Israel faces every day.

“I am speaking as an Israeli mother and wife and not as a professional brief from the Jewish Agency for Israel.”

The first is Gaza. “We have left Gaza and the territory is not occupied. The Arab population there have chosen their own way of life with Hamas, a fanatical terrorist organization that rules over there.  We deal with a hateful society there. This is a territory that gets a lot of funds from various international terrorist organizations – millions and millions of dollars.”

The funds are used to build tunnels and acquire weapons to use against us instead of building kindergartens and playgrounds, she said. The second situation is in the West Bank.

“We have moved away from most of the territories there. And we do not have soldiers in most of the territory. In the last few years, they have built for themselves a pretty good life. The economy has gotten better. In some cities, the markets are flourishing. When you put your energy in the right place, you can really make accomplishments. I know about people who went away and studied abroad to become doctors and lawyers and came back to help build society. There are a lot of new buildings in contrast to what’s happening in Gaza. In the West Bank, they are putting their money in the right places in most cases. They have started to build a life over there.

“Of course, they are not where Israel is. It took us more than 60 years to get where we are and if we could have put our resources only in building a community and not in securing a community, just imagine what we could have done if money could have gone to education and more. More than half our budget goes to security.”

The third situation, she said, was the life of the Arab-Israelis. “They have a good life. In Hadera, we shop at the same grocery stores and the same shopping center. Our kids play soccer against them. They work in our area. I know many of them. They are our neighbors.”

The schools are separated, she noted.  “But we each learn each other’s languages. Our kids learn Arabic and their kids learn Hebrew. In Israel, the second language is Arabic. All the signs are in Hebrew and Arabic. We try to live a joint life.”

She also said an Arab man works in her home. “We share a coffee and discuss things.  He is a wonderful man. When we built our house, we spent hours talking about the usual stuff. He and his family live a very ordinary life.”

On reflection about her life in Israel, she remains positive. “Life will get better, I am sure. For love of God, it always does.”