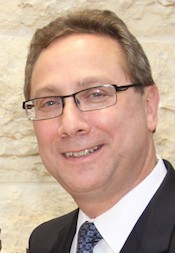 The World is Becoming a Much More Dangerous Place

The latest news from the National Coalition Supporting Eurasian Jewry came from Jewish community
officials in Lviv, Kharkiv and Donetsk. In Lviv, which is in Western Ukraine, the situation is more peaceful than other parts of the country and community programming is rebounding.  But, there is a steady stream of refugees from Eastern Ukraine.

In Donetsk, NCSEJ tell us the community is trying to carry out programs per the usual schedule, while there is great anxiety about the future – things seem stable at the moment.

In Kharkiv they are dealing with an even larger refugee problem.  Refugee camps have opened and are collecting financial aid for refugees.

More Ukrainian Jews, particularly those living in the Eastern part of the country, are considering immigrating to Israel as a result of the violence.

A recent report from JDC on one Jewish community in Eastern Ukraine  is a microcosm of what is happening in Ukraine. There are a good number of  Jews where JDC operates a Hesed branch. It has two employees and serves a number of elderly clients ( a number of them receive homecare), and a number are children’s initiative clients.

Over the past few months Hesed employees under the supervision of JDC professionals have executed emergency operation plans including: hot  lines for clients, delivering food packages where food cards could not work in supermarkets, substituting home care workers who could not reach their clients due to transportation problems. Until June 13, all Hesed operations continued in spite of a very difficult situation.

Over that weekend, both employees we have in this location left the town: one for Kiev and then – farther on to Israel; the other one for Sumy to stay with her relatives.

The branch director, got registered at the central bus station and managed to leave the town by bus. Until the last minute, they were not sure if the bus would go. The bus was checked by separatists, and by the Ukrainian army. Anya informs us that many people register for buses, pay, but cannot leave.

She confirmed that there is no running water and electricity in the town. The town is unrecognizable; some parts of it are absolutely destroyed. The pensioners have not received their pensions in June. And Hesed could not transfer money to the bank cards as there is risk that the clients will not receive the funds.

On June 17, JDC Dnepr regional office staff phoned all clients of the this Hesed branch. They have managed to collect the information from many clients, and trying to locate the others. JDC Dnepr office is in touch with other Ukrainian offices to give them a heads-up in case clients from Kramatorsk, Donetsk or Luhansk Heseds turn to them for help.

For the moment, two more families are thinking about evacuation from the city. We managed to find  a driver, who is ready to transfer these people in case of necessity, but ONLY to Kharkov (as it the sole safe direction from Slavyansk).

In Russia, there are camps for refugees from Ukraine in the Rostov region. According to the information we’ve received, there are a few thousand people there. Currently refugee camps are equipped and are providing the people with basic necessities. At press time,  JDC representatives in Rostov were to visit the camps within next few days to see if there are Jewish refugees there.

JDC also has started to work with the administrations of Rostov, Taganrog and Krasnodar in order to receive information about Jewish people in the refugee camps. If any Jewish refugees are found in the camps JDC will make all efforts to place them with host families in local communities.

We know about four families from Eastern Ukraine, who applied to Heseds in Russia - in Saint Petersburg, Rostov, Kazan and Taganrog. There are many more relocating within Ukraine and being taken care of by the Heseds of Kiev, Kharkov and others.

As  we tried to understand the difficult lives of our brothers and sisters in the Former Soviet Union, we  received news  of the three Israeli teenagers kidnapped in Israel. As of the writing of this column,  JFNA has launched a “virtual letter” to the families at bringbackourboys.net, and it has already attracted close to 4,000 signatures.

“To the families of Eyal, Gilad and Naftali,

As the search continues for your sons, we pray for them like they are our own.

We stand together with you and send our prayers, thoughts and support to you and all of Israel as we stand up to terror and mount every possible effort to safely #bringbackourboys.”

Visit http://bringbackourboys.net/ to add your signature of support.

The Jewish Community Federation of Richmond stands in solidarity with the people of Israel and prays for their safe return.  The kidnapping of children cannot be allowed. We support Israel’s efforts to rescue these teenagers.

We pray for peace in Israel and around the world.