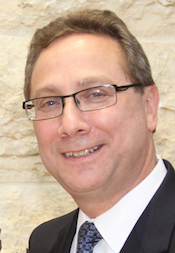 Federation Young Leadership Director Melanie Phillips recently returned from a Taglit Birthright trip to Israel, where she was the Madricha, or guide, for a group of 40 young people, 4 from the Richmond area and 4 others from Virginia, sponsored by Young Judaea. An  article by Melanie is on pg. 2 of The Reflector and worth reading.

Taglit – Birthright is funded through a partnership between the Jewish Federations, the government of Israel and a private group of philanthropists.  To date, the program has reached more than 360,000 Jewish young people with 80% from North America and the remaining 20% of participants from 64 countries around the globe.  In the process, more than $300 million has been poured into the Israeli economy.

Birthright Israel provides a precious gift of an all-expense paid, educational trip to Israel to Jewish young adults ages 18-26 who have never before traveled to the Jewish State on an organized tour. Program founders believe that it is every Jewish person’s birthright to visit Israel.  We know that participants return home with a greater appreciation of their Jewishness and a stronger sense of connection to the Jewish people and their communities.  I now know this first-hand!

Both of my sons went on Birthright and I can attest to the fact that the kids return from the experience profoundly and positively changed.  When Adam (my oldest son) landed at Ben Gurion Airport, things started to happen.

My phone rang at home on his first day in Israel and I heard the voice of astonishment on the other end: “Dad it’s such a beautiful country!”  He had just landed, but the clear blue skies, the green valleys and the view of “his country” already had Adam under Israel’s spell.  I always say that Israel does its magic and it certainly had for Adam from the moment his feet hit the “holy land”.

The ten-day tour took both Adam and Zack, my second son, to Masada, Jerusalem, Safed, the desert and many other places in Israel.  It is safe to say that most of the tour providers for Birthright Israel are well qualified to show off the country and its history.  Of course, both of them had the best tour guides, Ofer and Zeev.  We all have the best tour guides when we go to Israel.  But you have to give Ofer and Zeev credit.

They had the kids enthralled after climbing Masada and hearing the history of the Zealots who held out against the Roman soldiers.  They held a prayer service on Masada, which was very meaningful to the kids. They bonded with a contest to see who could get the most echoes after yelling into the great expanses on the western side of Masada.

At first it’s the history that gets to the young adults.  They become tied to the land. They realized that there were ancestors who came before them who gave their lives for the Jewish people.

They marveled at the connectedness.  American college kids can be humbled by the experience. My boys came back with an understanding of Jewish peoplehood.  As they walked with the tour guides into the desert, they gained a new appreciation of our people’s nomadic existence.  After all, Moses had to wander through the desert to get to the Promised Land.

The other connection that Adam got in Israel was spiritual.  He was at the Western Wall (Kotel) when one of our community Rabbis, who happened to be in Israel at the same time, spotted him and said,” Asher how are you doing?”  Adam told him, that he wasn’t sure what prayers to say at the wall.  The Rabbi took him and his friends under his wing.  Before you know it, there were a number of people praying at the table in front of the wall.  Soon after that the group grew larger and there was a Kabbalat Shabbat that swayed and was immersed in powerful Shabbat song. It became one of those spiritual moments at the wall that you can only live, you cannot describe.

Lastly, the Birthright participants connect to the modern state of Israel through bonding with their Israeli peers. In 2001, the Taglit-Birthright organization decided to add a “Mifgash” (encounter) program to all Birthright trips where 5-10 Israeli peers, most often times Israeli soldiers, join the group for a significant portion of the trip. Extensive studies have shown that for most Birthright participants will say that the mifgash experience was the most meaningful portion of their trip and deepened their own sense of global Jewish peoplehood and connection with the land.

Adam surely knew where he was on his Birthright Israel trip.  He had gone to his ancestral home.  The first thing he said to me when he came home was, “when can I go back?”  We have to make sure that our kids keep going home!

So, when are you going to Israel next? As I was writing this article, our next inter-faith trip was leaving for Israel.  Following that we are planning a Campaigners Mission from July 13-20, 2014.  Then, the General Assembly of the Jewish Federation of North America will take place November 9-11, 2014 in Washington, D.C.  In 2015 the Missions Committee is proposing a trip to Eastern Europe to be followed by a mission to Rome and Israel in 2016.

Together, we can bring the power of Israel to all of our young people and reignite the rest of us with trips of a lifetime.